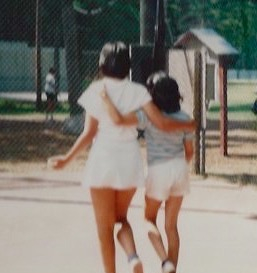 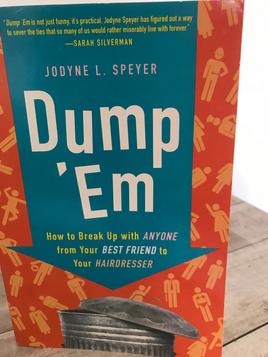 Jodyne Lynn Speyer and Janice before I knew them. Before I knew how much they would enrich my life and the lives of Jodyne's new sisters.

This is Jodyne and Janice at Bedford Bluffs a swim and tennis facility where Jodyne learned to play tennis.  They would play as a team in tournaments and super jock Janice would cover the court and Jodyne would be in charge of the alley until Jodyne followed in her mother's footsteps and became a super star tennis player with a killer serve and was number one on West High's tennis team. Then Janice would watch her alley. 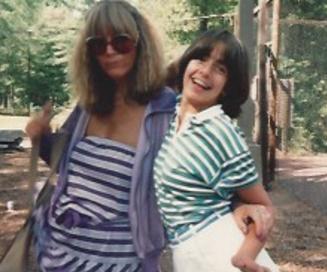 Jodyne joins the ranks of published authors with her delightful book on how to dump anyone from your best friend to your hairdresser. Fun, funny and practical.

​This tells the story of our family, always laughing at and with each other.  Jodyne is often considered the funniest of the four sisters. 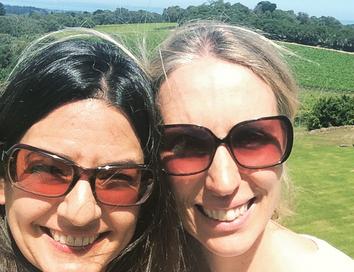 Janice and I are so proud of our daughters but the thing that I love the most is how close they are to each other! You fuck with one of them you're fucking with all of them. 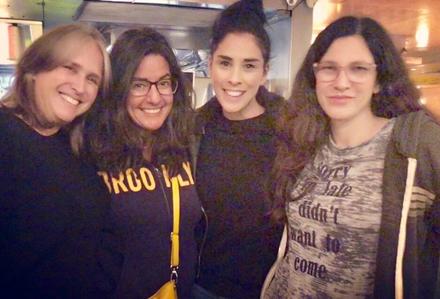 ​Jodyne fell in love with the wonderful Simone. Sim is originally from Australia but lives with Jodyne in Los Angeles. They share both working in the arts and a love to travel. 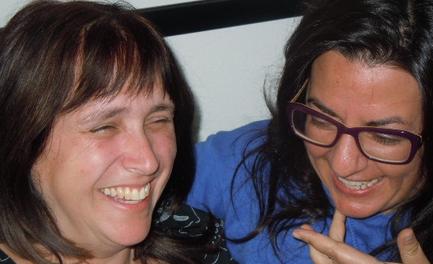 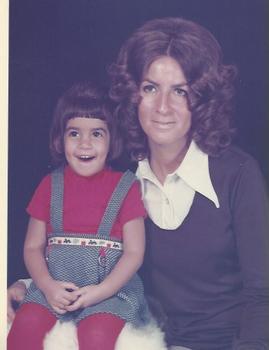